Thanksgiving Mass, Other Activities for Ven. Teofilo Camomot to Start Next Week 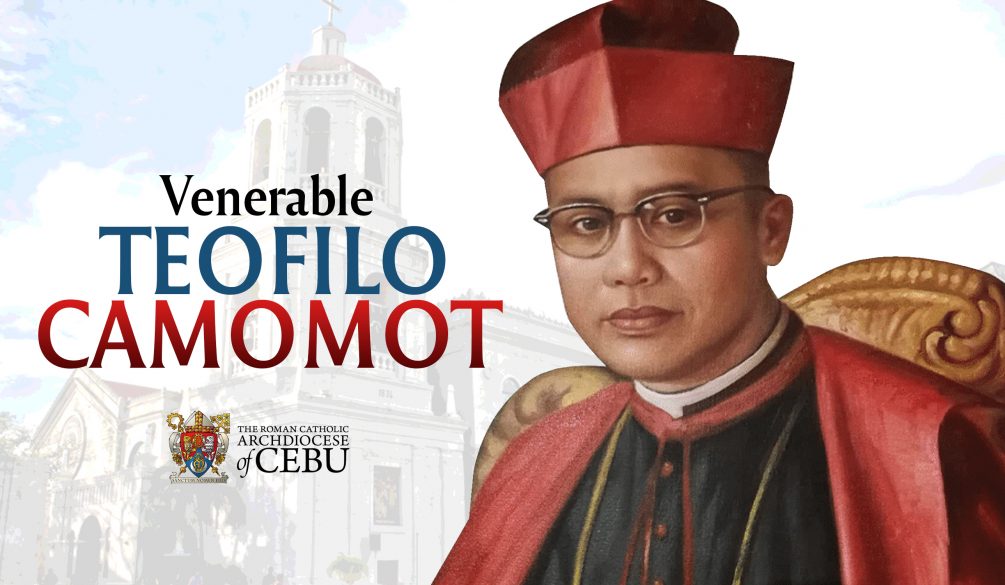 Thanksgiving Mass, Other Activities for Ven. Teofilo Camomot to Start Next Week

A Thanksgiving Mass and Promulgation of the Decree of Heroic Virtues to be held on Wednesday (July 27), headlines next week’s activities in honor of Venerable Teofilo Camomot.

In a press conference, Rev. Mo. Ma. Louella Grace Buscato the Mother Superior of the Daughters of Sta. Teresa (DST), presents the events of July 27 that will be held at the St. Teresa of Avila Chapel, DST Compound, Valladolid, Carcar.

The Thanksgiving Mass will be celebrated by the Apostolic Nuncio to the Philippines Charles John Brown and will be followed by the Reading of the Decree by the Archbishop of Cebu Jose S. Palma.

A portrait of the Ven. Teofilo Camomot will also be unveiled, with a procession, and floral offering at his tomb right after. The event ends with the blessing of his tomb, also to be done by the Apostolic Nuncio.

Preparations are well underway. Rev. Mo. Ma. Louella Boscato reports that as of July 20, there were already 2,834 registrants from inside and outside Cebu. They are expecting, even more, to come on the day of the event.

Rev. Fr. Mhar Vincent Balili, the Vice Postulator of the Canonization Process of Ven. Teofilo Camomot, who was one of the panelists for the press conference, also invites everyone to the Dinner for a Cause on Monday (July 25).

The Dinner for a Cause, that’s also the Book Launch of the Official Biography of Venerable Teofilo Camomot, and a Theatrical Presentation of Short Plays of his life (entitled “Tugon ni Nyor Lolong” and “Mga Kurtina ni Barbie Doll”) will be held at the IC3 Pavilion, Mabolo, Cebu City. Admission is P1000.00 and is inclusive of a complimentary book.

Most Rev. Archbishop Jose Palma shares his enthusiasm for the upcoming activities, and thanks everyone for their interest. He points out how should Ven. Teofilo Camomot’s Beatification and Canonization were completed, he would be the first Filipino priest to become a saint.

At the moment, the committee dedicated to the cause is in the process of verifying medical stories to count as miracles and proof of Ven. Teofilo Camomot’s sainthood.

Details such as registration, protocols, and official dress code, among others, for the events can be found on the official Facebook page Venerable Teofilo Camomot