What’s in the name?

The Archdiocese Named After the Most Holy Name

The Roman Catholic Archdiocese of Cebu traces its beginning to the arrival of Ferdinand Magellan in 1521. The encounter between the rulers of Cebu—Rajah Humabon and her Queen—and the Spanish explorers resulted in the baptism of the natives. It was in this first Baptism that the Queen of Cebu received the gift of the image of the Santo Niño, the Child Jesus in Kingly regalia. This unplanned mission was short-lived, however, after Magellan tried to intervene in the rivalry between the local chieftains. His intervention resulted in the Battle of Mactan, where Magellan perished in his fight against the Lapulapu, the chieftain of Mactan. The Spaniards left, leaving a stillborn Faith in the islands.

Another Spanish expedition arrived in 1565, under the leadership of Miguel López de Legazpi. This time, the formal Evangelization of the islands became definitive. The Spanish force invaded Cebu, using superior weapons to their advantage. After the battle, while searching the debris, they discovered the unscathed image of the Sto. Niño. The Augustinian friars of the expedition built a church to house the image, predecessor to what is now the Basilica Minore del Sto. Niño. Legazpi established a colony in Cebu, which they initially named “Villa de San Miguel” (Town of St. Michael; Legazpi had a great devotion to his patron and namesake).  The colony was later renamed “Villa del Santísimo Nombre de Jesús” (Town of the Most Holy Name of Jesus), in honor of the Sto. Niño. Legazpi continued his conquest of the islands, eventually settling in Manila, where he established the capital.

Manila was the first to become a diocese in 1579. When it was further elevated to the rank of Archdiocese in 1595, the Diocese of Cebu was established as one of its suffragans, with Fray Pedro de Agurto, OSA, as its first bishop. The diocese then had a very extensive territory: it included the whole of Visayas and Mindanao, and extending father into the Pacific, including the Marianas, the Caroline Islands, and Palau. In this vast jurisdiction, the Church in Cebu kept itself busy catechizing the faithful, celebrating the Sacraments, and Evangelizing those still away from the Faith. A notable evangelizer was San Pedro Calungsod, a Visayan lay catechist who was martyred in 1672 with Blessed Diego de San Vitores, SJ, while on a mission in the Marianas. Also worthy of note is the hard work of the different religious congregations and societies (the Jesuits, the Augustinians, and the Recollects) who founded churches, convents, schools, and hospitals.

The Philippine Revolution brought with it not just political, but also ecclesiastical changes in Cebu. The Filipinization of the local Church saw the increase of more Filipino priests in the administration of the parishes, and less Spanish clergy. Eventually, the helm of the Diocese itself was given to a Cebuano, Fr. Juan Gorordo, who in 1910 became the first native Bishop of Cebu.

In 1934, Cebu was elevated into a Metropolitan Archdiocese, with the Most Rev. Gabriel M. Reyes as its first Metropolitan Archbishop. By then, its former territories had also become dioceses of their own: Jaro, Zamboanga, Calbayog, Bacolod, and the Apostolic Prefecture of the Marianas. Tagbilaran also separated to become a Diocese in 1941.

World War II brought much devastation to Cebu, with many churches and the Cathedral reduced to rubble. Archbishop Reyes began the difficult task of reconstruction, but was later appointed to become the first Filipino Archbishop of Manila in 1949. In his place was assigned Archbishop Julio Rosales, who served Cebu until 1982. His incumbency proved to be the longest and one of the most fruitful, coinciding with the years of reform during the Second Vatican Council (1962-65). The Archbishop was later raised to the College of Cardinals by Pope Paul VI in 1969.

Cardinal Rosales was succeeded by Archbishop Ricardo J. Vidal in 1982. Under his leadership, the Archdiocese celebrated its Fourth Diocesan Synod to set and guide the journey of the local Church for the years to come. Elevated to the College of Cardinals in 1985, Cardinal Vidal proved to be a leading figure also in the national stage. He is fondly remembered as a voice for unity and moderation amidst different views and interests in local and national issues.

Cardinal Vidal resigned in 2010, and was succeeded by Archbishop José S. Palma, who was installed in 2011. His leadership saw the continuation of the programs of his predecessor, as well as the celebration of several milestones of local, national, and even international significance. In 2012 the Archdiocese was blessed with the canonization of the Visayan martyr, San Pedro Calungsod, with the Archdiocese organizing a sizable delegation attending the rites in Rome. In 2016, Cebu hosted the 51st International Eucharistic congress, which was attended by many delegates from around the world. On the national level, Cebu also hosted the 2019 National Youth Day, with thousands of young people participating as delegates and as volunteers.

In celebration of the 500 years since the arrival of Christianity in the Philippines, Cebu was again set to become the center of festivities, being the site of the first Baptism in the country. However, because of the onset of the COVID-19 Pandemic, the planned massive events were scrapped, giving way to simpler but more meaningful celebrations. This was aggravated by Supertyphoon Odette, which badly devasted much of Cebu just before the end of 2021. Faced by these calamities, the Archdiocese reaches out even more to those most badly affected, with Cebu Caritas Inc. taking the helm in the relief and rehabilitation efforts.

While these challenges may have marred what was supposed to be a grand celebration of its 500-year history, the resilience and response of the Archdiocese of Cebu only shows that it is indeed a living community of Christian disciples, journeying together in Faith, Hope, and Love, towards the fulfilment of God’s Kingdom here on earth. 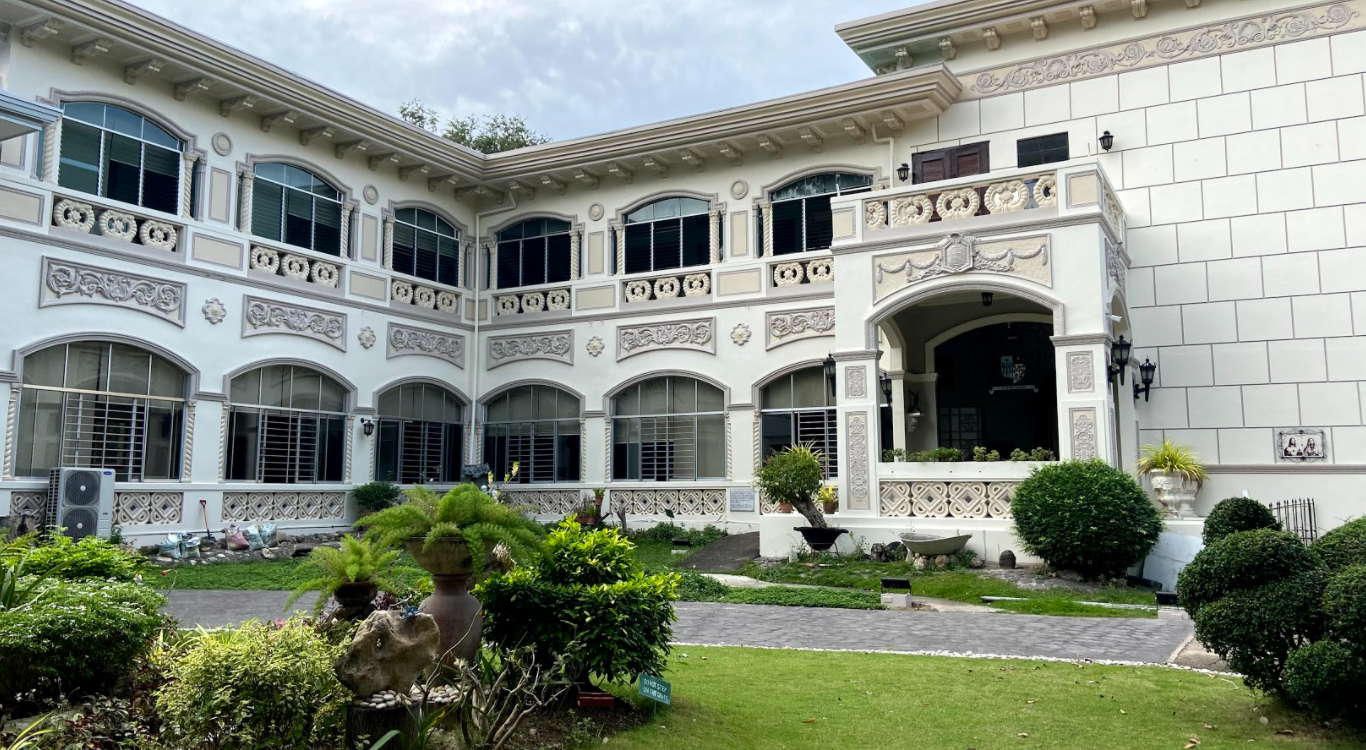 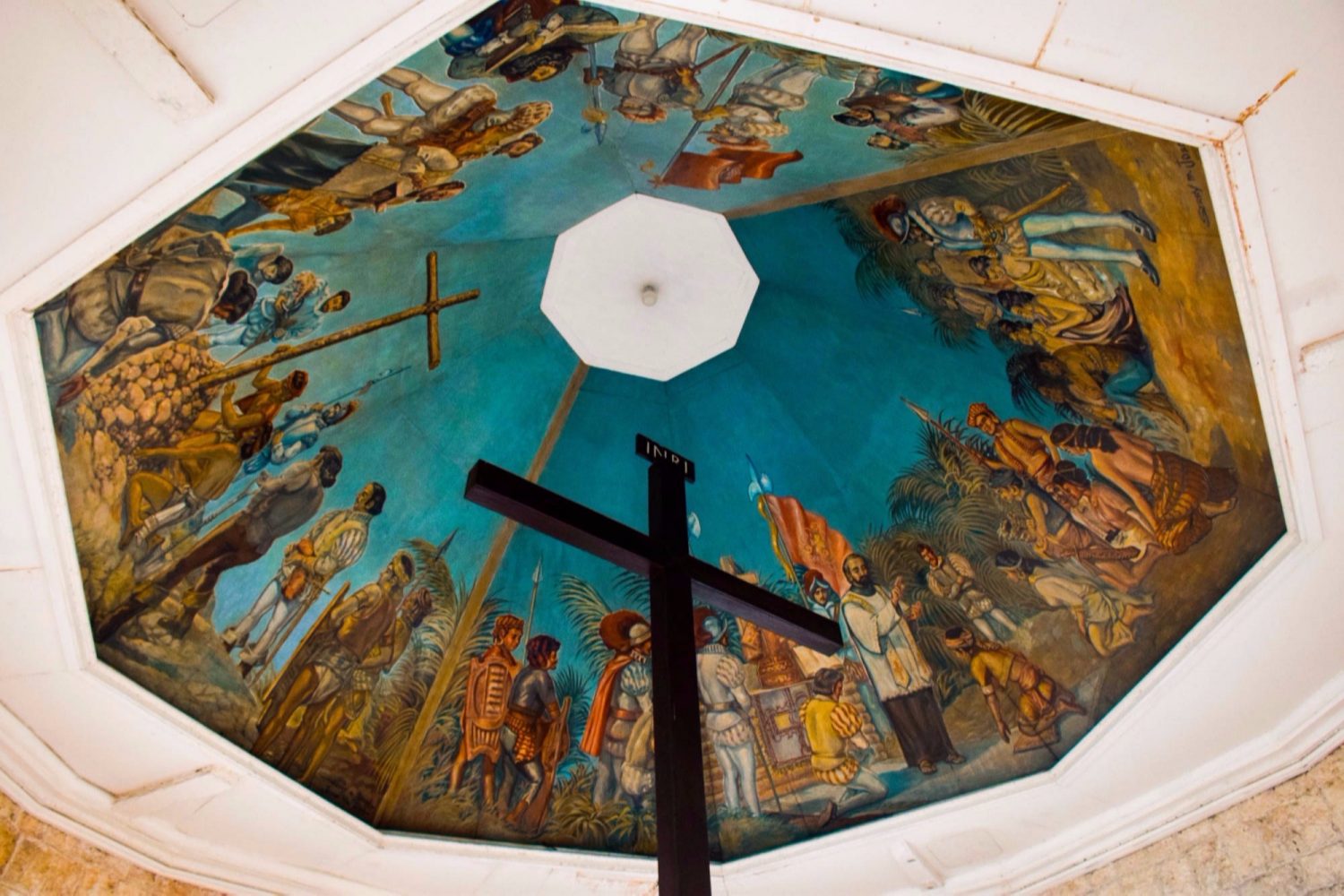 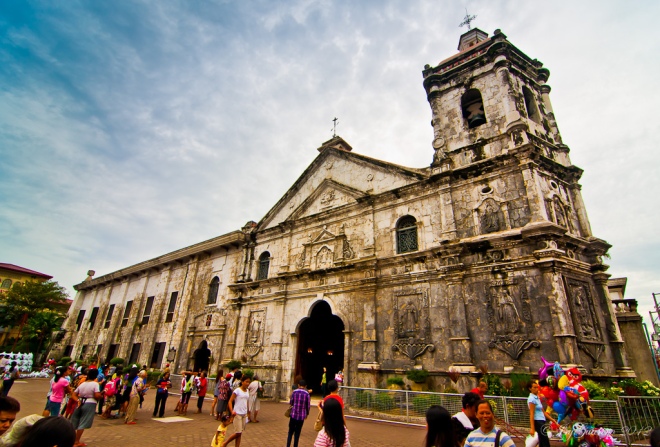 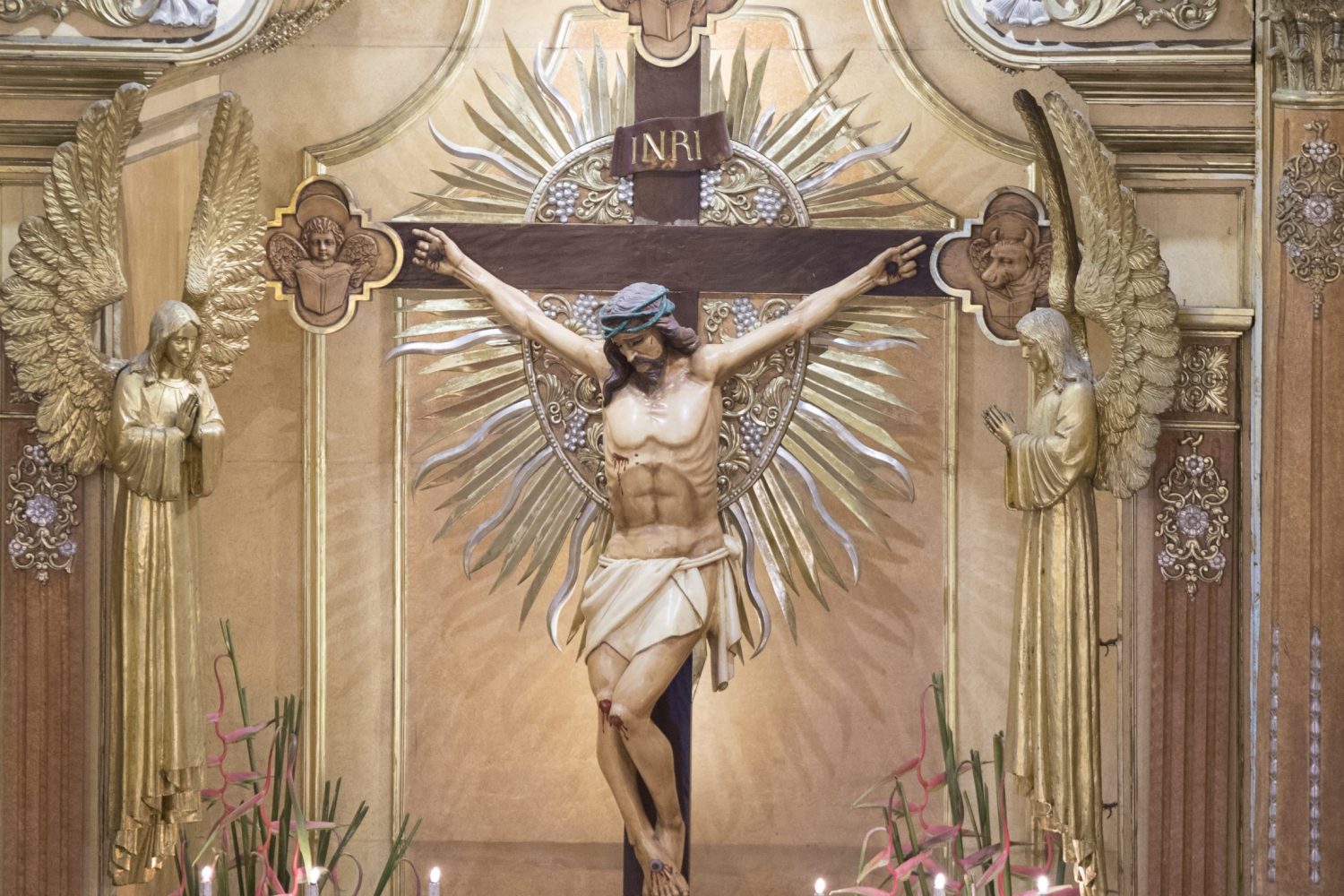 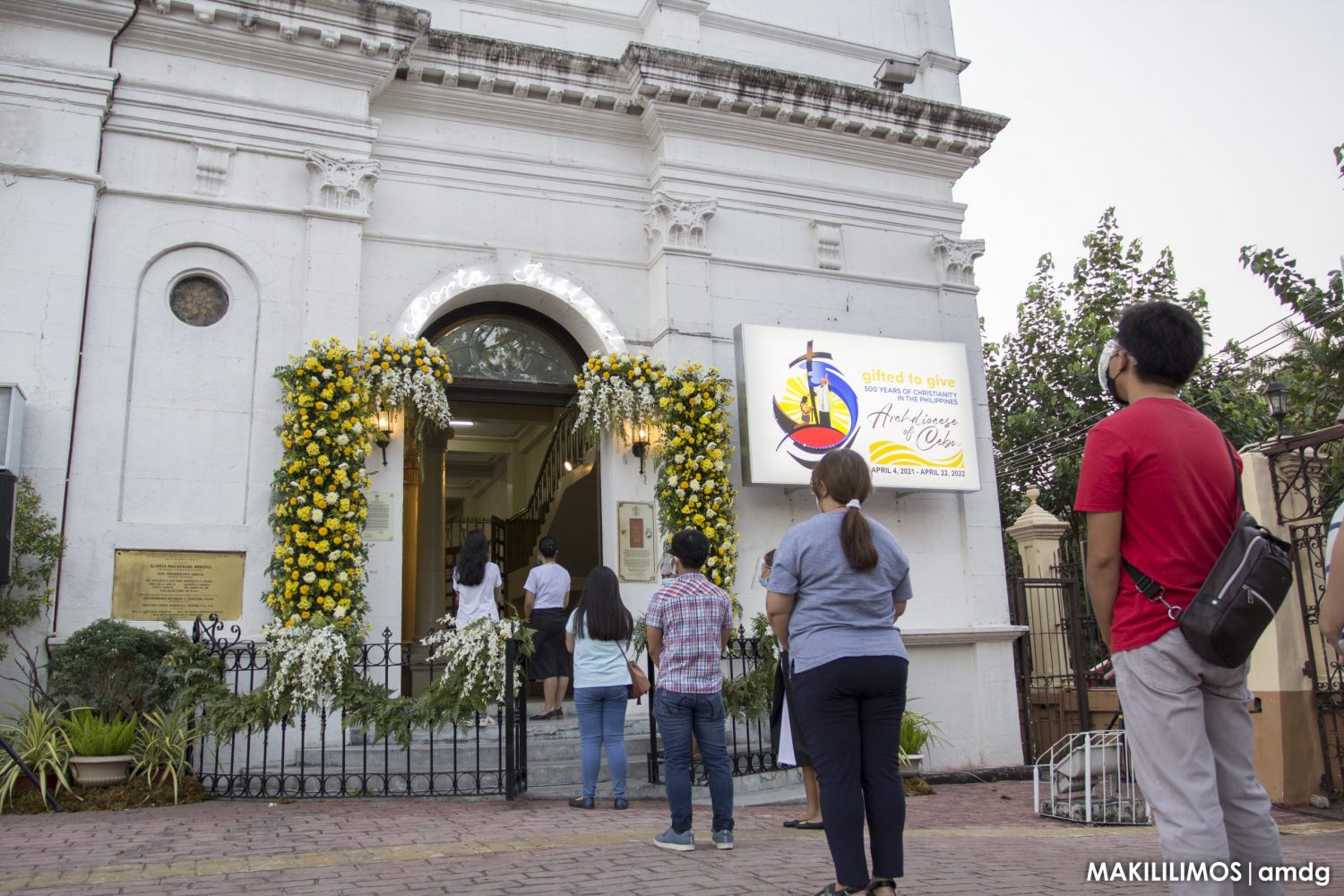 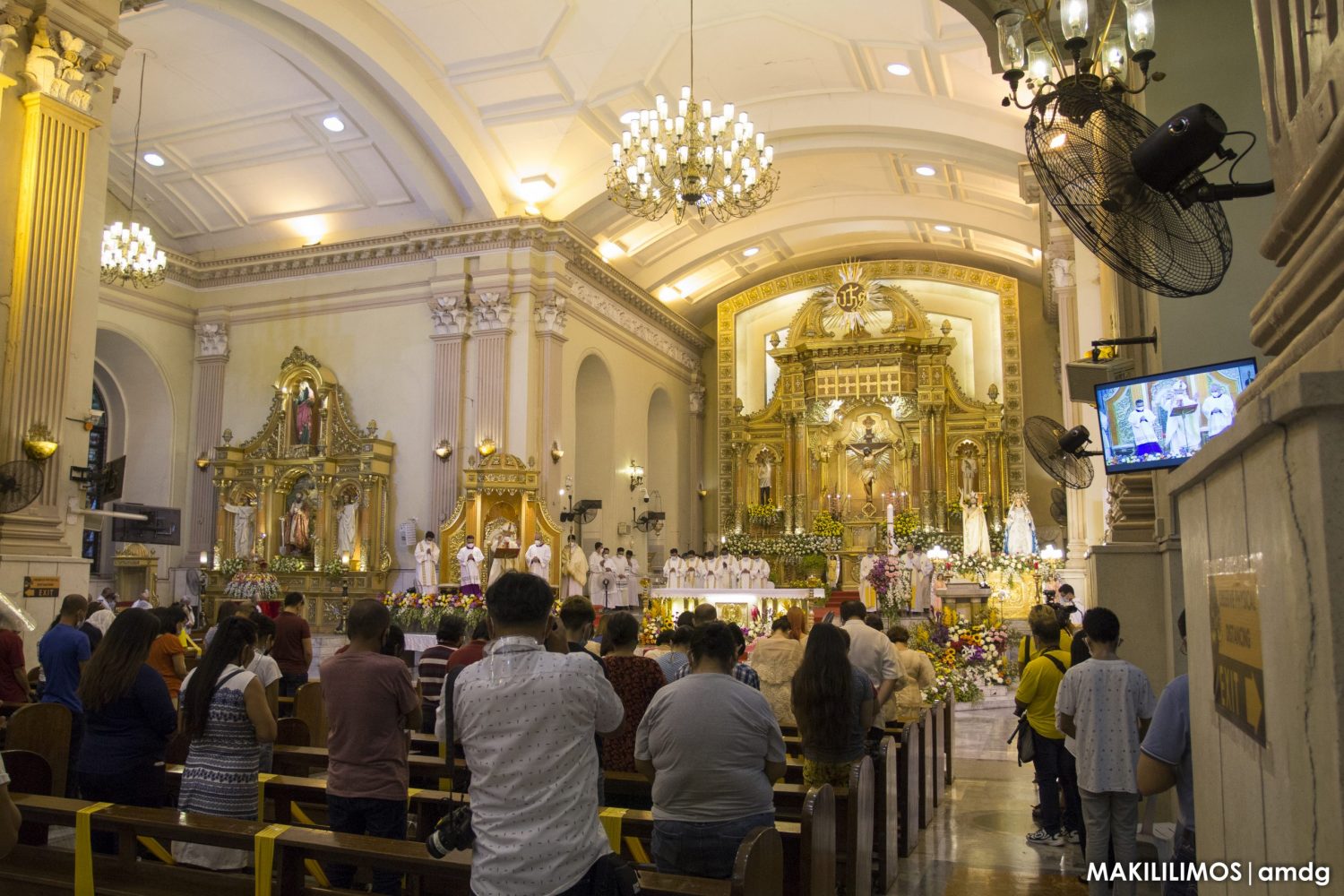 500 Years of Christianity in the Philippines | INTRODUCTION 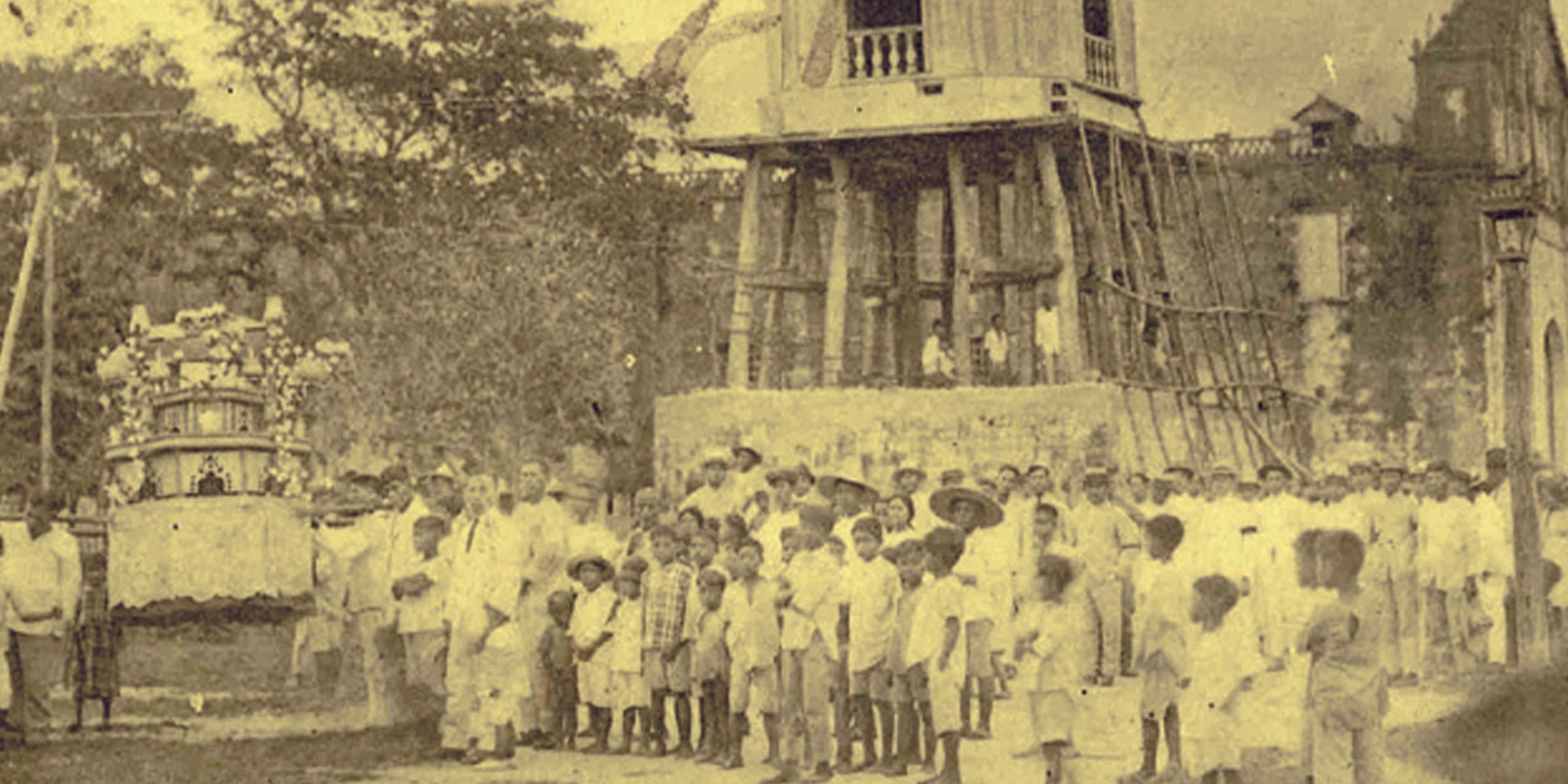 Send you questions, comments and reactions